The first cut is the deepest. No matter what it is, the first experience, the first impression, the first encounter, first exam, first interview, first love. The beginning of anything tends to leave lasting imprints on the way that we conduct ourselves in the future. My memory of the stained cotton wool in the middle of the netball pitch and no-one claiming it is still with me. It is my first memory of the mishaps of menstruation. As I began high school, the mishaps that come with menstruation were experienced more frequently. With each mishap that I witnessed, my anxiety mounted.

Girls stained their skirts. Some because they did not know that “it” had come, others because what should have been in place had moved, others because they had taken too long to change. The reasons were varied. The witnesses` responses were never the same. Never! Some sympathized. Some acted as if the mishap had been done on purpose. As a way of attention seeking! Really? Unbelievable! Who would want to seek attention in such a way? For those in the waiting line, mishaps only fueled anxiety and tension.

When mishaps happened, the effect on the majority of the affected girls was the same. Confidence plummeted. Self-esteem was dented. Even the gait when walking showed that something life changing had happened. The faces carried the strain of the burden. Even when one attempted a smile it showed a lot of effort. There were those girls who seemed to delight in making fun of the mishaps that others experienced. School was training ground for real life in some way…. In life when misfortunes befall others, not everyone is your cheerleader.

What made the “it” worse was that two of the girls who were on ‘it` from each dormitory had to carry the sanitary bins to the ever burning pits that were aptly called the hell pits. Total discrimination if you ask me. It made what should have been very private, public. Early morning the bin would be carried to the pit and emptied. The walk to the hell pit was in total silence as if in reverence to the `cargo`. 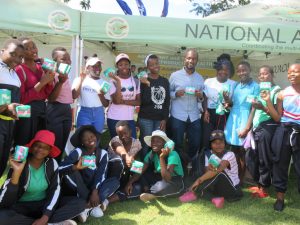 Emptying the bin required skill. Unfortunately there was no prior learning. One had to learn and master the skill only after becoming ‘a woman’. Girls were not to be seen at the hell pit. It was the privilege of those who had graduated into womanhood. Emptying the bin into the hell pit came with its own occupational hazards. That’s a story for another day. On the way back, with the bin empty, the porters would chat and at times even be seen attempting to laugh or smile. It was a lot of work to do that. What the `women` coming from the hell pits knew was that as the others prepared for school at the various duty points, intentionally or unintentionally one would look up and see the porters walking back. As stated above, like the responses, the emotions felt were never the same.

Besides the gloom, there were some wonderful big sisters in the school. What the wonderful big sisters would do was visit the ones who had graduated from being girls to women. The three bubbly big sisters whom I shall refer to as the `Bubbly Trio` had their own way of dealing with `it`. Once they heard that one member had been added to woman hood, they would pay her visit. They would talk. Trying to share as many jokes as they could. They would even attempt to get the new graduate to dance by singing songs. In most instances the new graduate would just sit and stare at them. Eyes would become bigger, full of tears. At times tears would fall.

In each generation there are people who stand up for the best interests of others. In most cases these people do not receive awards but the impression that they leave on others` lives is life-long. The `Bubbly Trio` are part of my happy memories from High School. Despite the challenges that were faced at high school, the `Bubbly Trio` would always find the silver lining in each cloud. They were so good that even when a report of a mishap did not get to them, at times, many times, the affected one accompanied by a friend or two would look for them and explain what had happened. The ‘Bubbly Trio’ would be there to celebrate womanhood in whatever way they thought was applicable. And I tell you, those girls could think on the spot. Very creative. Never a dull moment with these three around.

At a time when menstruation was a taboo and many did not want to celebrate it (or shared scanty information like my mother Ma Ncube), they were promoting positive sisterhood around menstrual health management. No one assigned them any roles regarding menstrual health, they were just there in self- appointed capacities that they performed so well. 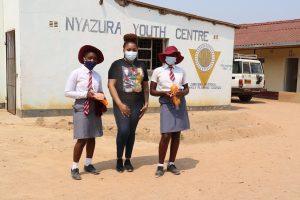 If one started menstruating during the holiday, the `Bubbly Trio` would hear of it as volunteers shared their experiences about the, ‘first time’. While others rejoiced at the mishaps, `Bubbly Trio` brought a ray of sunshine. They encouraged girls to look out for one another as friends. They had so many tips to share. The tips included at least telling one trusted friend that you were `on`. The trusted friend would check when you stood up if your skirt did not have any tell-tale signs. Period monitor. Knowing that someone had your back was so good in high school. The `Bubbly Trio` may have never received any award but they brightened menstruation for many girls back then. 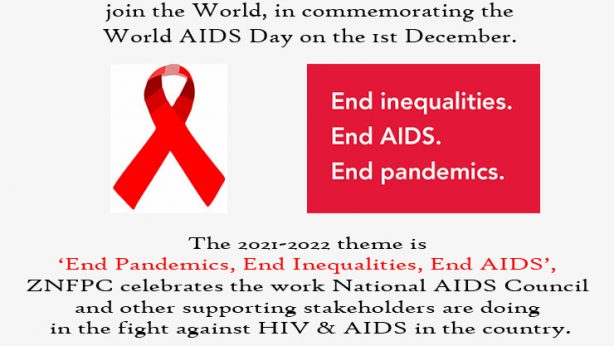 The Zimbabwe National Board of Family Planning, Directorate and staff... 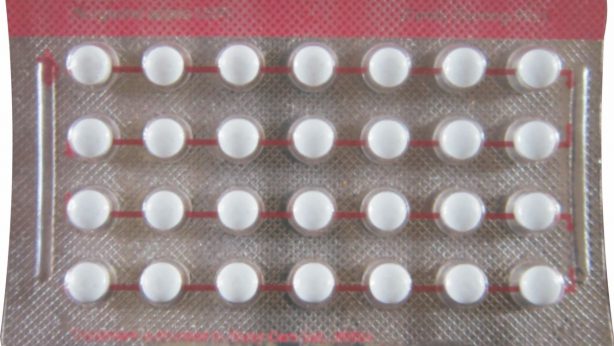 Invitation for bids for supply and delivery of contraceptives

Invitation for bids for supply and delivery of contraceptives. Closing...